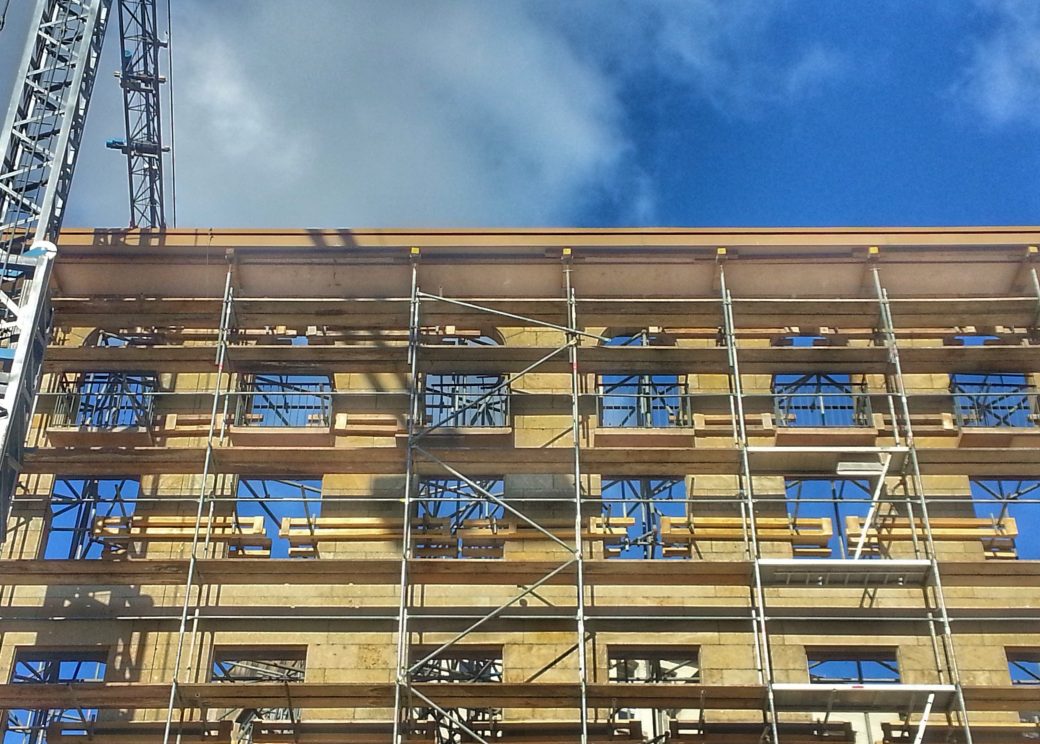 “It is the strict adherence to daily routine that tends towards the maintanance of good morale and the preservation of sanity,” he says out loud. He has the feeling heˋ s quoting from a book, some obsolete, ponderous directive written in aid of European colonials running plantations of one kind or another.¹

The minister spoke of “growth” as if it were imperative. “Wachstum,” she said, and it was what he heard replayed, not social equity or redistribution. The promise of growth would be the incentive why the companies gathered might be interested in the topics of the conference*. Growth promises development, does it not? Development to primarily maintain the regional lead?

The former Royal Central Office for Trade and Commerce, now ‘Haus der Wirtschaft’, seemed to him to be an apt place for such old dreams – waiting to be realized.

*Open Innovation, Blockchain Technologies and Artificial Intelligence, now: How can we utilize them to affirm the humanity of all people in a sustainable way?